The toilet house was built by Sim Jae-duck, chairman of the organizing committee of the Inaugural General Assembly of the World Toilet Association. To mark the launch of the association's first general assembly in November, South Korean sanitation activists will be lifting the lid on a lavatory-shaped home south of Seoul.  Sim, a member of parliament, hopes to attract 300 representatives from 70 countries to the inaugural meeting. 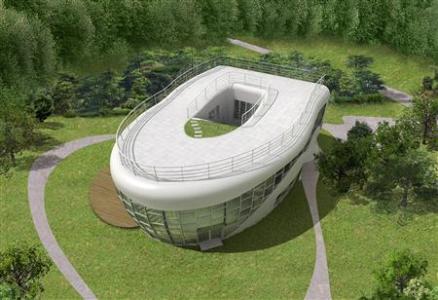 The world's one and only toilet house is a 4,508 square foot concrete and glass structure being constructed on the site of Sim's former home in his native city of Suweon.  The two storey house features 2 bedrooms, 2 guestrooms, and 3 deluxe lavatories.  The cost: $1.6 million dollars to construct.  It symbolizes Sim's ongoing effort to to assist developing countries without toilets as well as promote clean and sanitary bathrooms worldwide. 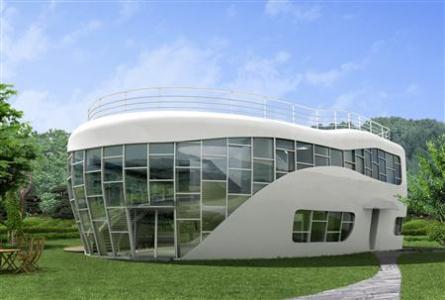 Although Sim's intentions are to reside in the property, prior to Sim moving in it will be available to rent at $50,000 per night.  The proceeds will be funding the organization and supporting their cause.  Sim stated that epidemics caused by poor sanitation around the world cost two million lives a year.  Worldwide, 2.6 billion people live without toilets. In addition, many areas have poorly designed flush toilets waste vast amounts of potential drinking water.  His campaign will focus on setting international standards for clean public toilets and that bathrooms must be treated as the sanctuary that protects human health. 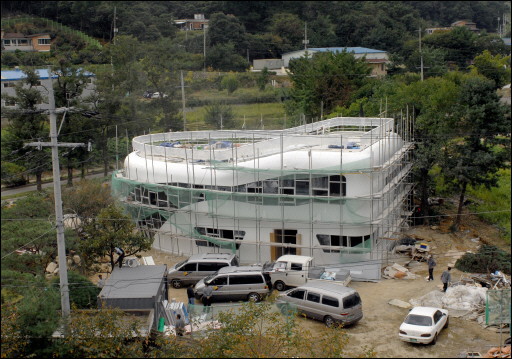 The actual name of the house is Haewoojae, meaning "a place of sanctuary where one can solve one's worries".

You can find more information on Sim Jae-duck, the Toilet House, and the World Toilet Association from Reuters.