San Francisco In Jell-O
Similar to making a movie set, Liz Hickok added backdrops, which were often painted, along with elements such as mountains or trees. The exhibit was dramatically lighted from the back or underneath. As you can see, the landscapes which Hickok is able to create in this unique way are extremely diverse. Whereas a Jell-O reconstruction of the Las Vegas stip might catch the eye of sites such as www.pokerblog.com, we couldn't help but be captivated by her models of various famous structures and properties from around San Francisco and Scottsdale..

Palace of the Fine Arts 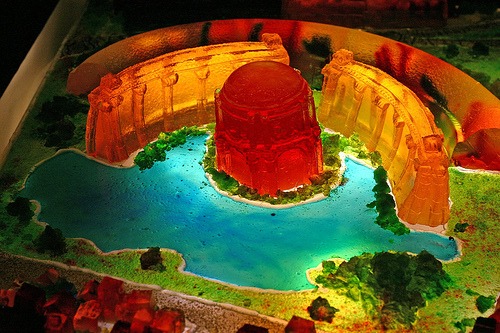 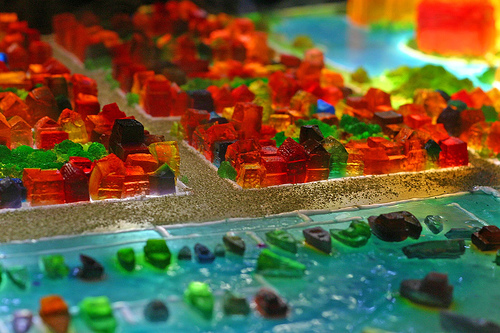 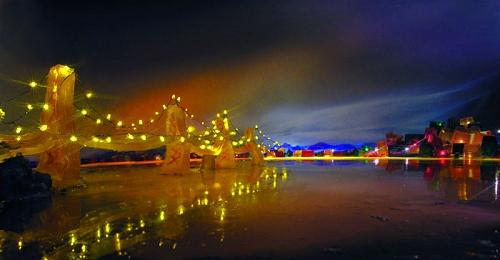 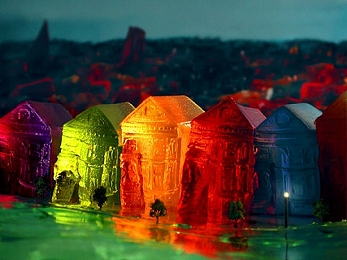 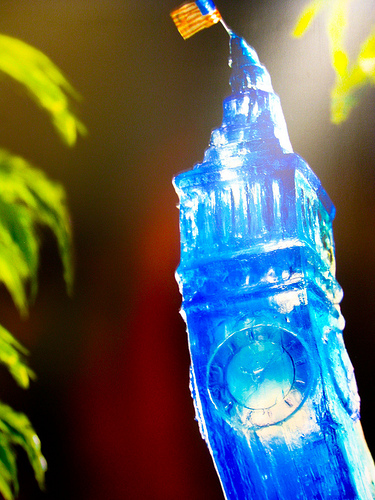 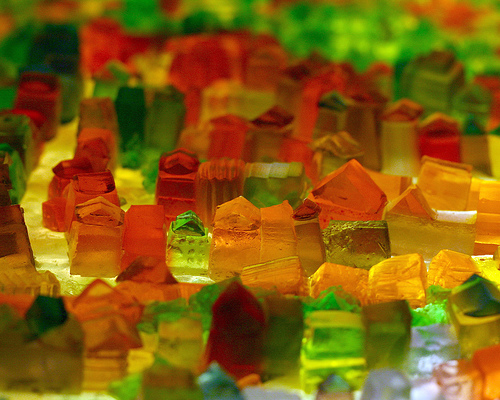 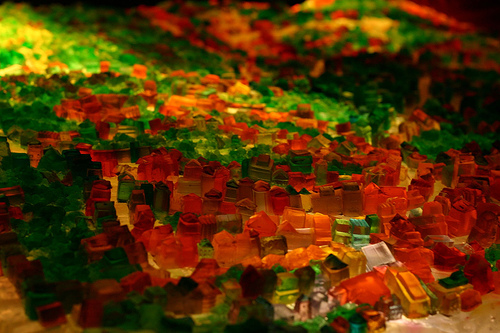 Scottsdale in Jell-O
The Scottsdale in Jell-O project, was an assembly of hundreds of miniature buildings made of Jell-O, lit from below, and put on display for viewers to see and smell. The pieces represented both the existing area around the Civic Center and the envisioned areas around the new Waterfront development on the Arizona Canal, with future development cast as clear buildings and trees. 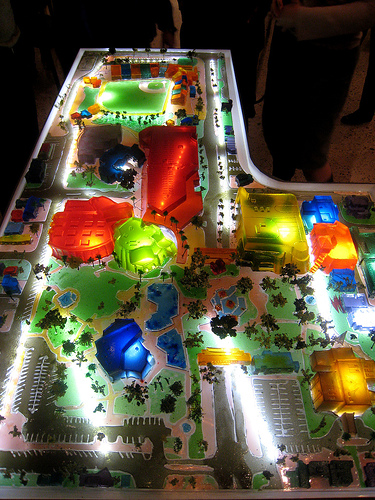 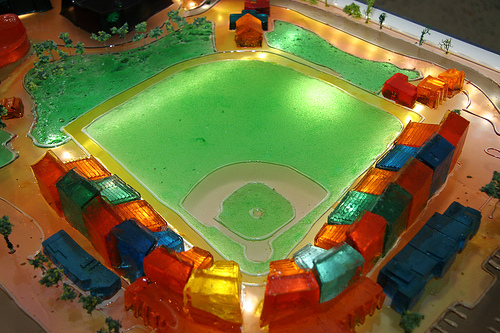 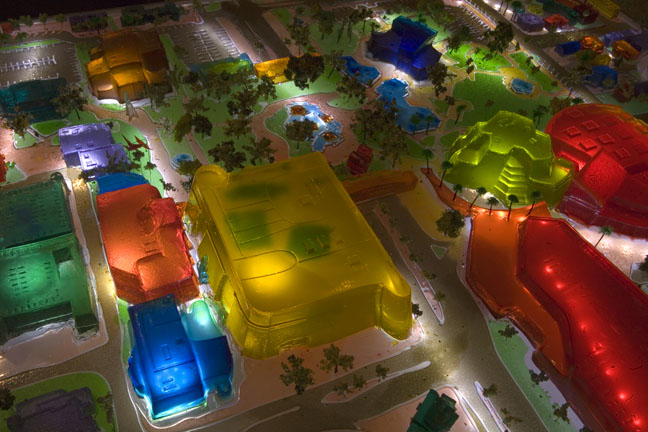 Intersection of Camelback and Scottsdale Road, along the Canal 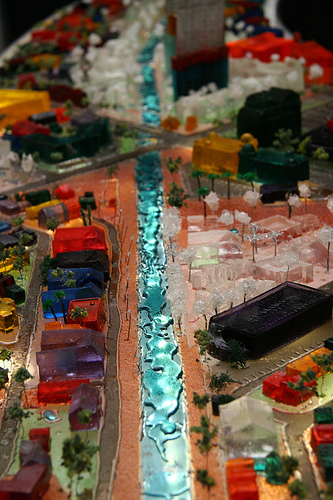 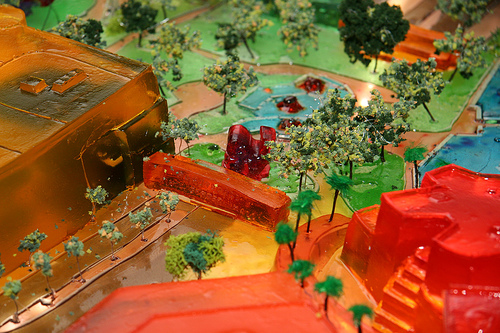 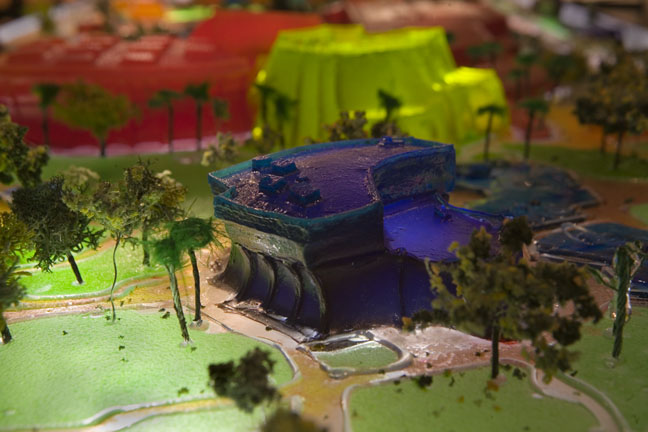 For additional information about Liz Hickock's creations visit Mills College Exhibition 2005.  If you want to "Watch it Wiggle" check out the videos on youtube.com: Earthquake or Tidalwave

For Your Reading Pleasure:  Jell-O Fun Facts and Trivia
Courtesy of the Jell-O Museum

While you're hear check out these other posts: